On Sept. 11 2019 the Toronto Star reported that California’s landmark bill on the so called “gig economy” was hailed as a victory for workers. The ‘gig economy’ refers to the  classification of workers as independent contractors, allowing companies to evade workplace protections like minimum wage and payroll taxes.

While this misclassification is illegal in Ontario, the current practice usually requires a worker to file a complaint and subsequently prove it.  However, under California’s new legislation, all workers will be classified as employees unless the company can prove otherwise.

Professor David Doorey from the School of Human Resources Management was approached by the Toronto Star about the bill.  He called the passage “potentially a watershed moment,” because misclassification has become prevalent in technology-based service industries like Uber, Lyft and app-based food delivery.

"We are witnessing early tremors in a coming seismic shift in law that will eventually refocus social protections on economic vulnerability and precarity," he said.

Doorey went on to explain, “it will require a fundamental rethinking of how their businesses operate. The bill entirely rejects their operating premise, which is that they are just technology companies that link service providers to customers,” he said. “The bill places gig companies in the position of an employer and all that entails in terms of legal compliance and human resources practices.” 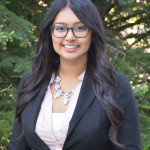 "A degree in Human Resource Management taught me practical skills, which were going to be crucial no matter what industry I was going to work in and at the end of third year, I was able to secure an internship with the Philanthropy department at the Canadian Red Cross for the summer."